Farmageddon is now in its 12th year so many of you will be true experts in the ways of the farmageddonite. But for those a little hazy, or perhaps even a farmageddon virgin, we must all remember that there are certain rules to Farmageddon…

Farmageddon is a private music festival – this is of course not quite the point of summer festivals – it should be a free for all where love and socialist ideologies can intertwine, and the world’s problems melt away in a free lovin’ tantric party – crap – we’re not hosting a party for a bunch of folk we don’t know, we just want to have another great party with all our friends and their friends.

Although previous Farmageddons appeared to be in the same location – despite the websites specifically pointing out that they wouldn’t be – they were all in fact in completely different locations. Any of you who thought differently are wrong and you were probably just drunk.

This year we absolutely categorically will not divulge the location of Farmageddon until moments before the event (well the week before) in an attempt to stop thousands of people descending on a three acre field. There is absolutely no way that the Farmageddon 2015 location is at any of the same locations as previous years – do not turn up there – we have booby-trapped all previous sites. If you have replied yes to the e-invite, the details of ‘how to get there’ will be emailed to you on the Wednesday before the event. Farmageddon is still within an hour and a half of London and a train station is 15 minutes away.

So this year Farmageddon is happening on the weekend of the 12th September. We recommend turning up at about 1pm this is when the bar opens and the fun and games begin. Hot-diggedy.

There are cowgirls with large buckets. The buckets are for collecting your kind donation. Over the past twelve years we have made a grand loss of seven pounds (and this can be cancelled out by the find of a half bottle of Jack Daniels in the ditch after Farmageddon 2003).

This fantastic feat of accounting was achieved by your generous (and non-negotiable) donations and of course the very persuasive nature of the cowgirls with large buckets and short skirts.

The donation this year will be £50, thankin’ y’all.

We have built luxurious five star chalets on the site with jacuzzi, revolving disco waterbeds and complimentary foot massage.

…in your dreams. There is a grassy field, what you choose to sleep under/on is up to yourselves. We recommend a tent – if you don’t have a tent you could buy one, borrow one, party all night, book yourself into the local motel, find someone you like and share with them, or come earlier and make a shelter out of local flora and fauna.

There is a free bar UNTIL AN UNSPECIFIED TIME IN THE EVENING WHEREUPON WE SHALL RUN OUT AND YOU WILL HAVE TO PROVIDE YOUR OWN BEVERAGES. Last year we managed to run the pink torpedo (bar) from two in the afternoon until well beyond midnight – providing cider, beer and vodka with mixers.

But whatever is supplied will undoubtedly be drunk so we recommend bringing your own emergency supply. When standing in a field in the middle of Cambridgeshire at one o’clock in the morning, the question: ‘where can I buy alcohol round here?’ is a question that doesn’t really deserve an answer.

Authentic wood fired pizzas (including gluten free and other dietary requirement options). mmm… pizza (and in the morning there’ll be coffee with bacon or field mushroom, mozarella and rocket rolls). Bring cash… The Proper Pizza Company 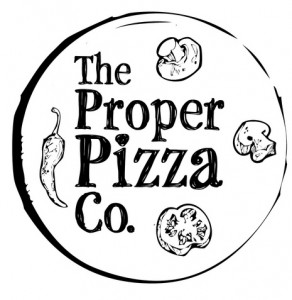 So now that you are housed, watered and fed it will be time to get on down to the music. The Pink Torpedo stage kicks off between 5 and 6pm. We have quality sound engineering and most excellent bands – details of who will be playing appears on the ‘bands’ section of the website. And when the bands have finished, the DJs will keep you jigging and footstomping til the wee hours!

If you have been invited to this year’s Farmageddon you should have received an e-invite (by some time in May). If you reply ‘yes’ to this we will put you on the guest list and we will send you details of how to get there the week before.

If you haven’t received an e-invite and feel that you should’ve – email us at farmageddon@gmail.com with who you know and we will see if we can squeeze you in!

If there are a few special friends that you want to invite email us at farmageddon@gmail.com with their full name and email address and we can send them an e-invite.

Farmageddon is not the end of the world. Nothing too biblical is going down. We just want to party with our pals. So whaddaya say: let’s boogie!

Food if you don’t fancy what’s on offer

Cash for the pizza (nearest ATM 2 miles away)